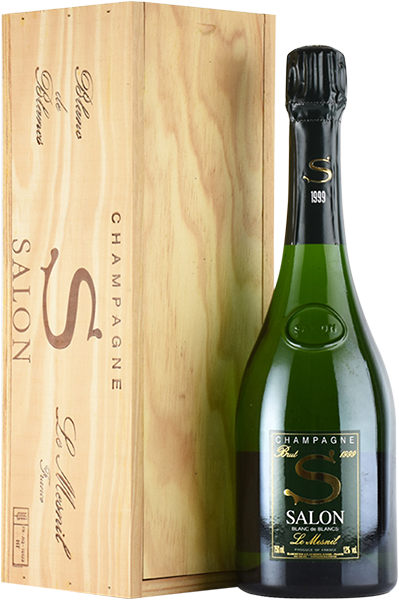 Uniqueness is also perfection : nothing can be left to chance in order to obtain the exceptional wine that is Champagne Salon, and to take advantage of what nature, the soil and the climate give us: purity, character and individuality in the wine that needs careful nurturing so that it blooms after long years of ageing.

Salon is a unique champagne. Defined by its singularity since the very beginning, this exceptional wine is the champagne of a single terroir: the Côte des Blancs; a single cru: Le Mesnil-sur-Oger; a single grape variety: Chardonnay; a single year: that of a great vintage; and of one man: Eugène-Aimé Salon.

The first vintage of Champagne Salon was 1905. It was the creation of Eugène-Aimé Salon, a unique character with unwavering ambition. In love with champagne and captivated by the terroir of Le Mesnil, Eugène-Aimé Salon created a champagne after his own heart: an unparalleled Blanc de Blancs. Initially he created this for his personal pleasure only – it was not until the 1920s that he was to share his creation with the rest of the world.

Champagne Salon comes from a single hectare plot called « the Salon garden » and nineteen other small plots in Le Mesnil-sur-Oger selected by Eugène-Aimé Salon at the beginning of the 20th century. The wines are aged in our cellars for an average of ten years, after which they finally start to reveal their complexity and finesse.

The fact that Salon still conserves bottles in its cellars from nearly every vintage is testament to its legacy and honours it. Just 37 vintages were produced in the 20th century, a unique phenomenon in the world of wine.
Today, Champagne Salon is run alongside Champagne Delamotte by Didier Depond, President, and Michel Fauconnet, Cellar Master and Production Manager of the Laurent-Perrier group.